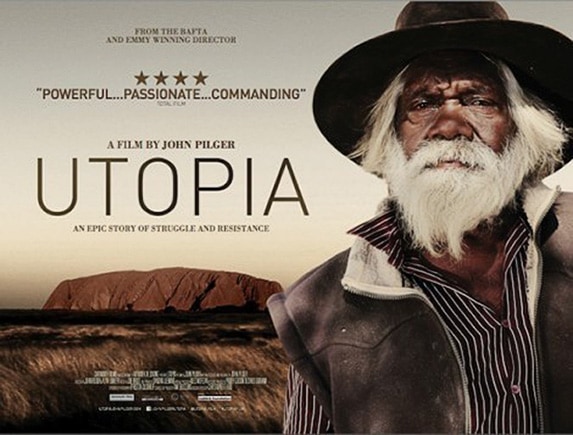 John Pilger’s epic new film, Utopia, premiered earlier this year with a record crowd of 4,000 Indigenous and non-indigenous Australians
The documentary mounts the call for a renewed struggle for justice and freedom for Australia’s first people.
Utopia has had a remarkable ‘journey’ across Australia’s vastness, screening at packed events in cities, towns and remote communities.

You can watch the film online at https://beamafilm.com/utopia/#.U0YbKlWSx8E

It cannot be missed.

For new projects, please get in touch